Here’s one great idea for Nurses Week. Bring a humorous, motivational Irishman to engage and entertain.

Conor Cunneen is an Irishman happily exiled in Chicago where he says the natives are friendly, and he has been force fed more corned beef and green beer than he ever had in Ireland! He is also a humorous, motivational speaker who is in regular demand for nurses week, nursing and oncology conferences.

” Fantastic speaker on the Gift of GAB (Goals, Attitude, Behavior) — much appreciated and taken to heart to be used when times can be difficult at home and at work. Thank you. I wish more of our staff nurses could experience it. We will have to take the message back.”

Conor is a two time cancer survivor whose ability as a speaker to Energize, Educate and Entertain nursing, healthcare, oncology groups ensures he is an in demand speaker.

This Irishman is an in-demand speaker for Nurse Leadership, Nurse Educational programs and of course as a humorous, motivational speaker for nurses week.

TESTIMONIALS for your Chicago based Inspirational, Funny Speaker for Nurses Week and Nurse Symposium

“Mr. Cunneen should definitely come back. If there was a presentation to put in mandatory education — this is it.” Edward Hospital

I encourage you to take a couple minutes, follow the link and learn more. Conor is a noted Irish humorist, author and motivational speaker. He was utterly charming, funny and engaging — but, also drove home a real “life lesson” in just 15 short minutes as he warmed up the crowd before our live auction. I know that our attendees, including FHN staff, enjoyed mingling and visiting with him, too. Conor excels at employee motivation and would likely be reasonably priced, since he lives in a Chicago suburb — Sandra Stengel FHN Freeport

Charming, engaging and memorable. You struck just the right balance of Irish wit and smart business sense. Thanks for helping to make our event a success! FHN Freeport

National Nurses Week in United States begins on May 6 and ends on May 12 every year.

1953 Dorothy Sutherland of the U.S. Department of Health, Education, and Welfare sent a proposal to President Eisenhower to proclaim a “Nurse Day” in October of the following year. The proclamation was never made.

1954 National Nurse Week was observed from October 11 – 16. The year of the observance marked the 100th anniversary of Florence Nightingale’s mission to Crimea. Representative Frances P. Bolton sponsored the bill for a nurse week. Apparently, a bill for a National Nurse Week was introduced in the 1955 Congress, but no action was taken. Congress discontinued its practice of joint resolutions for national weeks of various kinds.

1972 Again a resolution was presented by the House of Representatives for the President to proclaim “National Registered Nurse Day.” It did not occur.

1974 In February of that year, a week was designated by the White House as National Nurse Week, and President Nixon issued a proclamation.

1978 New Jersey Governor Brendon Byrne declared May 6 as “Nurses Day.” Edward Scanlan, of Red Bank, N.J., took up the cause to perpetuate the recognition of nurses in his state. Mr. Scanlan had this date listed in Chase’s Calendar of Annual Events. He promoted the celebration on his own.

1981 ANA, along with various nursing organizations, rallied to support a resolution initiated by nurses in New Mexico, through their Congressman, Manuel Lujan, to have May 6, 1982, established as “National Recognition Day for Nurses.”

1982 In February, the ANA Board of Directors formally acknowledged May 6, 1982 as “National Nurses Day.” The action affirmed a joint resolution of the United States Congress designating May 6 as “National Recognition Day for Nurses.”

1982 President Ronald Reagan signed a proclamation on March 25, proclaiming “National Recognition Day for Nurses” to be May 6, 1982.

1990 The ANA Board of Directors expanded the recognition of nurses to a week-long celebration, declaring May 6 – 12, 1991, as National Nurses Week.

1993 The ANA Board of Directors designated May 6 – 12 as permanent dates to observe National Nurses Week in 1994 and in all subsequent years.

More details on this easy going Irishman at http://irishmanspeaks.com/ 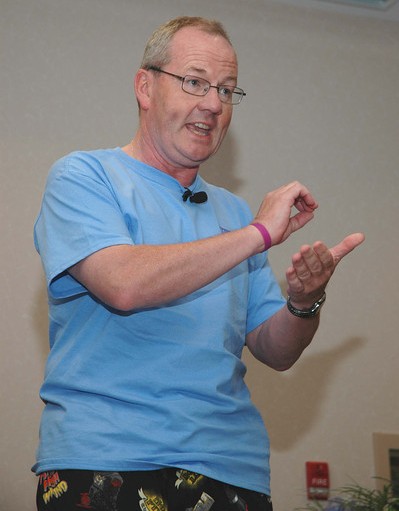